A 3 stars villa with swimming pool 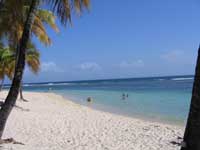 Christopher Colombus landed at the Ste Marie de Capesterre on the 4th of November 1493, in honour of Santa Maria de Guadelupe de Estramadura.
Before is arrival, the inhabitants of the island, the “Caraibes” had named their land “Karukera”, “Island of beautiful waters”.

But the Caraibes Indians were decimated slowly by the settlers.
Lieutenant LIENARD de l’Olive and his companion DUPLESSIS d’Ossonville; conquered the island on behalf of France in 1635.

Guadeloupe resisted the English evasions in three different wars that took place in the 18th century.
The economy and the society of the island have a progressive development. Everything was organized around the plantation. This system worked well until slavery was abolished in 1794. There was a large demand in the new world for such products as sugar cane, cottons and coffee. 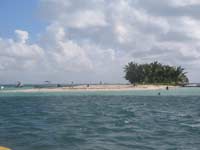 In 1802 BONAPARTE restored the institution of slavery. Finally, it was in 1848 that slaves were considered free due to the intervention of SCHOELCHER.
After that, the production of cane collapsed.

In an effort to bring back the economy, workers from India came to replace the ancient slaves.
Plantation life declined and the island opened to a modern economy.
Guadeloupe became a French department since 1946.

Tourism has developed considerably, becoming the prime source of the economy at the expense of agriculture.
The two principal agricultural products in Guadeloupe are banana plantations in Basse-Terre and sugar cane plantations in Grande-Terre.
Sugar cane is used to prepare rum, as well as different tropical drinks such as “planteur” ‘rum punch) and the famous “Ti Punch” ‘rum, lime and sugar).

If you need further convincing, we had fun to list some good reasons to holiday in Guadeloupe. You will quickly see that spend your holidays in Guadeloupe is a joy. Renting a vacation home in Guadeloupe will guarantee you a dream vacation! Guadeloupe is a region of France, one of the few showing an average […]